Etusivu » Yleinen » Treatment free beekeeping is coming – ARE YOU READY?

Treatment free beekeeping is coming – ARE YOU READY?

God I´m pissed off. I have some BIG news, but I cannot tell them because I promised. What I can tell you is that it concerns about varroa resistance breeding taking one HUGE step forward in the very near future.

I contacted Stefan Luff to find out what is going on in the Bavarian VSH breeding. The impulse to do so was because the Der Buckfast Imker 1/19, beekeeping magazine for buckfast breeders, came out recently. This issue was all about presentation of various mating stations around Europe, the ones which are run by groups and associations belonging to the GDEB (Gemeinschaft der Europäischen Buckfastimker). Ruden, Chiemgau, Baltrum, Lautenthal, Leyhoern and Ammergebirge, just to name few.

Ammergebirge and Leyhoern were last year just for the use of small insider group of active members for VSH breeding program. They all have the same method: one drone insemination, artificial infestation of queen nucs with a 150 to 200 of living mites, and laborious counting of VSH factor after the new queen has capped brood. This year the Ammergebirge and Leyhoern mating station are open for all members of GDEB. 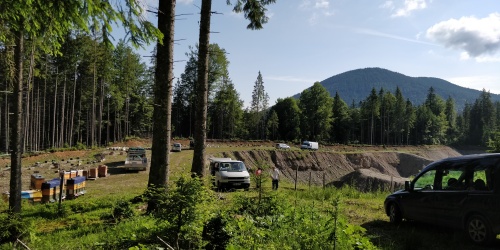 If you are a member, mating your queens there will be the best thing you have done in your beekeeping, ever, that’s for sure. Ammergebirge is at present already almost fully booked.

In Ammergebirge there will be 24 drone colonies 2019. The mother of these colonies is a VSH tested queen, EL8736(GG)1dr, which removed all mites with offspring.  This queen originates from a 2016 breeder queen from Erik Österlund in Sweden. This queens daughter and grand-daughter were inseminated with one drone. Some of their offspring has been difficult to test, because despite of artificial infestation with mites, there are no mites found!

There are differences how measured varroa resistance is presented. ArbeitsGemeinschaft Toleranzzucht, which is a German initiative for varroa resistance, uses term NR (= Non Reproductiv) as indicator, while Bavarian group and Arista Foundation use VSH (=Varroa Sentitive Hygiene). NR does not take into account the usual rate of non-reproduction of the varroa mite in a bee colony, which is assumed to be up to 20%.

Picture: It does not matter what kind of mating nuc is used, as long as there are no drones inside! 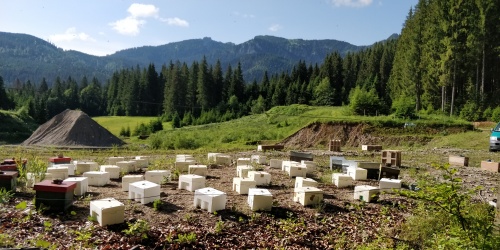 I have earlier written, that Josef Kollers “Breeding System ROOTs” nearly ended my beekeeping. That is true. Free mating is a bad idea in varroa resistance breeding.  Later on, Josef got involved in VSH breeding -work which was started by Arista Bee Research in Holland. This idea has had much more success.  Josef Koller is by no means one of the key personalities and breeders in the triumph of varroa resistance breeding in Europe.  He is the mentor of the Bavarian VSH breeders’ group.

Unfortunately, I´m a farmer and very busy just then when the most laborious part of VSH breeding, mite counting, is done. On the other hand, it is good, that varroa resistance breeding is getting several approaches. IPM, VSH breeding, Bond breeding. They all end up with different bees, different survival strategies. This will be for future benefit of more broad variation.

One, and maybe the biggest, VSH program is run by the Landesverband Buckfastimker Bayern (Bavaria). Stefan Luff is the breeding coordinator of this association. They work in cooperation with Kirchhain Bee Institute. Stefan writes: “There are more than 40 breeders, which have from 5 to 200 hives each, so breeding is based on large numbers and great uniformity of breeding material. In my own apiary 80% of the colonies are untreated and tendency rising.”

Here are some links about their work:

Their treating threshold is 3% infestation, if that is reached, hive is treated what ever the time of year it is.  They have no plans when treating is stopped for good. This is what I´m waiting eagerly. The prediction has been, that once 75% VSH genes are all over, treatments can be stopped. But how many non-resistant hives is enough to cause virus outbrakes?  5%, 10%, 20%?    It has been shown in Finland that viruses can cause losses, even without mites.

Like many changes in the world, an old wisdom will probably hold true with treatment free beekeeping: the change takes more time than what we think, but once it starts, it will be faster than anyone believed. 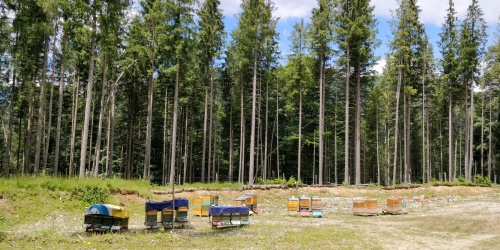